The Argentine Crisis in Retrospect

With the benefit of hindsight, the 2001-2002 Argentine crisis could and should have been averted. Rating agencies slashed Argentina’s credit ratings in 2001, unaware of Argentina’s solid future repayment capacity. Indeed, as of 2001, Argentina was perfectly solvent. Commodity prices were at historically low values during the 1998-2002 period, which led to a temporary fall in tax revenues. However, a simple price reversion to mean should have put Argentina on a sound fiscal path. And, as it happened, not only did commodity prices revert to historical mean levels soon after 2002, but they experienced the biggest boom in history—the so called super cycle commodity boom.

Figures 1, 2, and 3, plot, correspondingly the prices of soybeans, wheat, and maize, the main commodities exported by Argentina in the past two decades. (Other commodities, like meat, sunflower and soybean oil, followed similar patterns.) The large temporary fall in commodity prices significantly lowered the tax capacity of the government and forced it to undertake a tough austerity plan, which further contributed to deepen the recession. Commodity prices, however, reverted to mean levels soon after the debt default was declared and indeed increased meteorically during the 2000s. 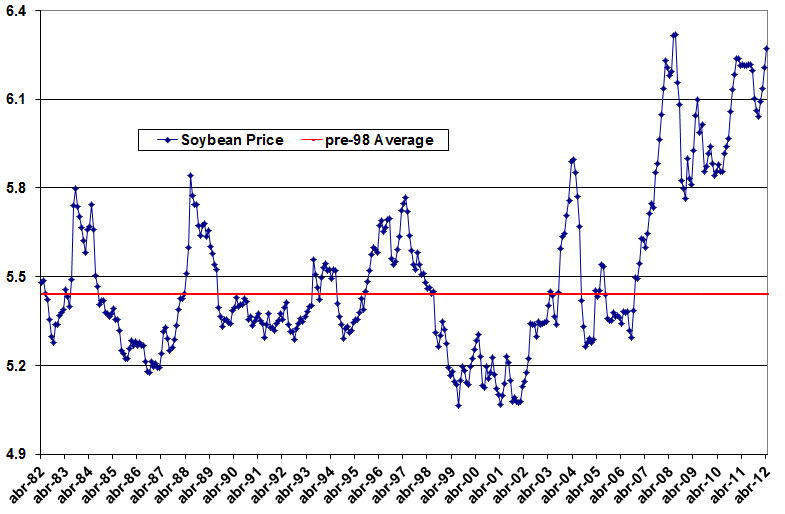 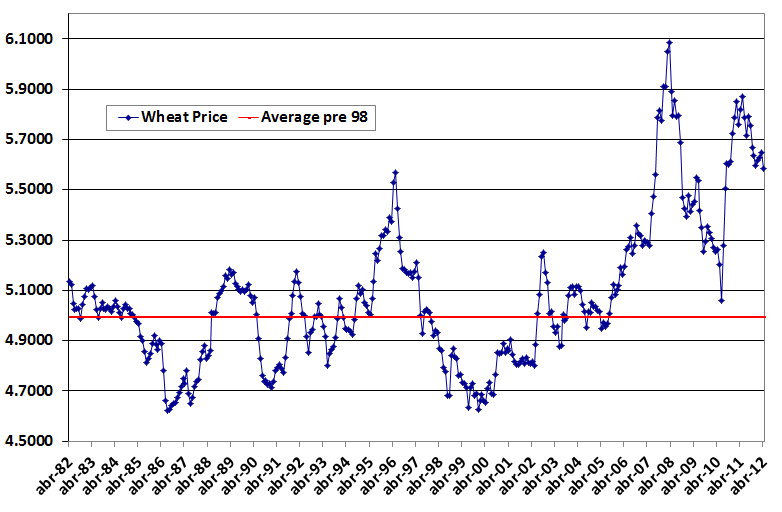 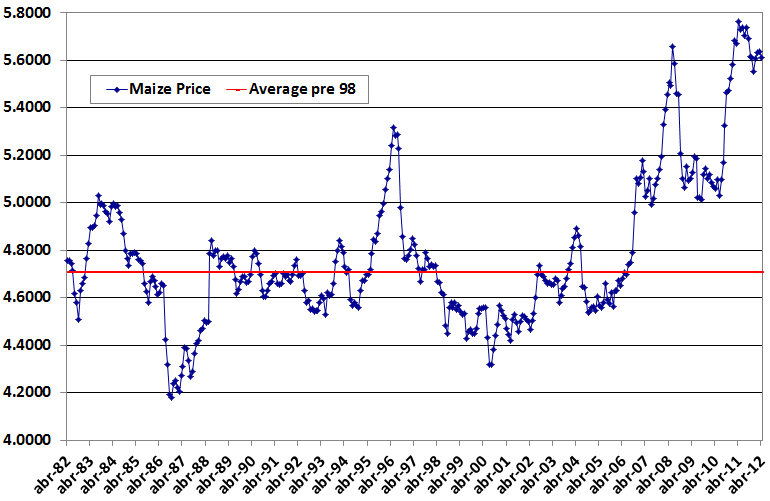 Had international creditors (and rating agencies) waited for a couple more years, creditors (and Argentina) would have benefited from the ensuing commodity boom. Instead, the commodity boom served to finance and sustain an administration that has stalled the growth process and structural transformation started during the 1990s, stained the credibility of national and provincial statistical offices, weakened property rights, and fuelled a culture of mistrust, fear, and hostility within the country and towards other countries. Waiting and lending to Argentina in 2001 would have paid off, helping to avoid Argentina’s institutional deterioration and policy reversals, a deterioration that will likely have detrimental long-term effects for the country.

On top of Argentina’s solvency, there are three additional reasons why it deserved better credit at the time. First, the quality of President De La Rua’s administration (1999-2001) was of the highest level seen in the country since its return to democracy in 1983, with professional, nonpartisan technocrats running the various government ministries and agencies. Second, Argentina had been the “poster child” of Washington during the 1990s, enacting (sometimes unpopular) policy changes that were broadly viewed at the time as growth enhancing (e.g. trade and capital account liberalizations, pension reform, monetary stability, etc.). Third, Argentina had kept a fairly balanced (primary) fiscal budget during the 90s, with virtually all of the total deficit due to interest payment obligations (Figure 4).

Figure 4. Primary and Total Fiscal Surplus as a percentage of GDP 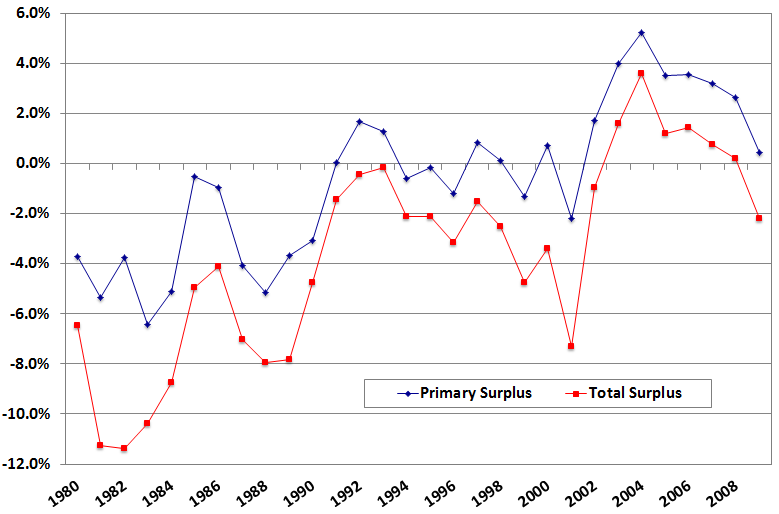 Primary and total surplus as percentage of GDP. Source: Secretary of Finance- Ministry of Economy and Public Finance of Argentina.

As is known, voters are not good at disentangling the part of the cycle that is due to external factors. This inability to filter external shocks was possibly the main reason why the De La Rúa administration collapsed and the very same reason why Kirchner and Fernández de Kirchner were successful at orchestrating the colossal institutional destruction of the country. Regrettably, professional economists, markets and international organizations were not better than the general public at filtering the cycle, let alone at predicting future commodity prices.

Retrospectively, given the projected growth of China and India in the late 90s and the likely demand pressure their growth would exert on commodity prices, one could only wonder whether the low commodity prices during 1998-2001 could have been sustained for much longer (perhaps the super commodity boom could not have been predicted, but at least a modest reversion to mean values appears foreseeable). In light of this, the open question is whether international creditors and agencies should not have given a higher probability to Argentina’s solvency—and a bigger chance to escape its default and institutional decay. Looking forward, as soon as the demand for commodities starts slowing down (which will almost inexorably happen), Argentina will find itself in economic difficulty again, but this time in a rather daunting institutional state.

Two conclusions would seem equally plausible, both with completely different implications. The first is to acknowledge that the Argentine crisis was part of a misjudged call by markets and credit agencies and to enact better provisions by international organizations for commodity-oriented economies, given the intrinsic volatility they face. Specifically, given the length of commodity cycles, even four years of recession should not be deemed sufficient to declare sovereign insolvency in commodity-exporting countries. The second possibility would be to advice commodity-exporting economies with growth potential that, against what economics textbooks predicate, they should not resort to international capital markets to finance investment and long term growth. Instead, they should generate internal savings, even if it would seem more efficient that countries with lower growth prospects lend to them. Finally, for econometricians and market analysts, the clear message is that there is a huge need of better models of commodity prices that take into account supply and demand factors to predict trends and long cycles.

There is little that Greece or Spain can learn from Argentina. It seems unlikely, as some economists postulated, that Greece or Spain will grow as much as Argentina by exiting the euro zone. The devaluation might have helped Argentina for a couple of years, but the key to its growth performance was the commodity boom, which Greece or Spain are not likely to encounter, given their export base. This reduces the appeal of exiting and increases its cost, as peripheral Europe might end up institutionally and economically worse-off by losing its international partnership with the core countries. 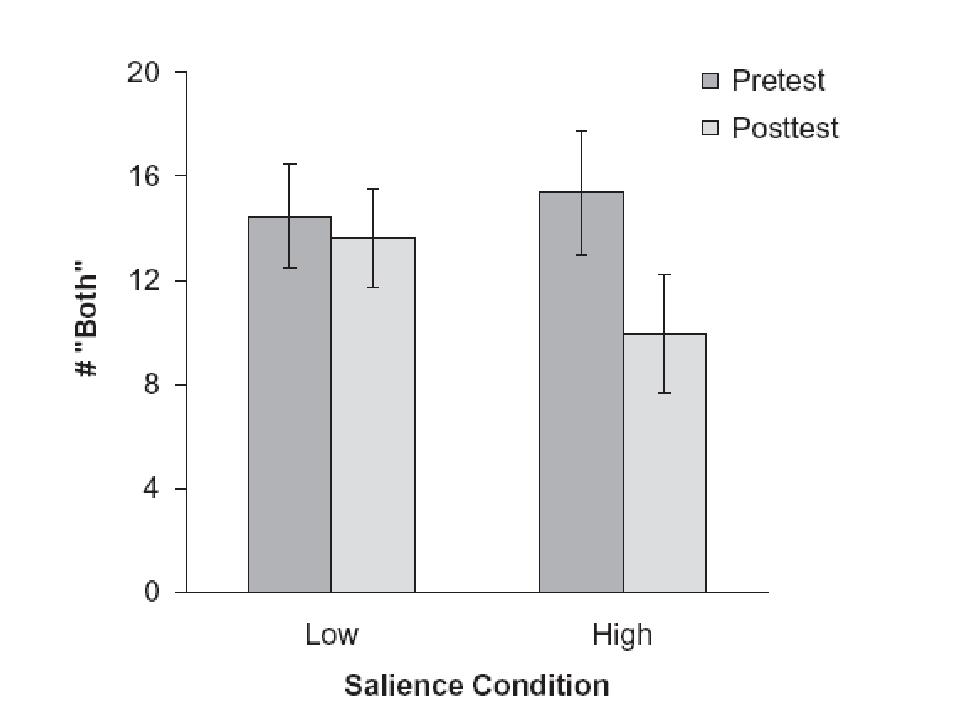 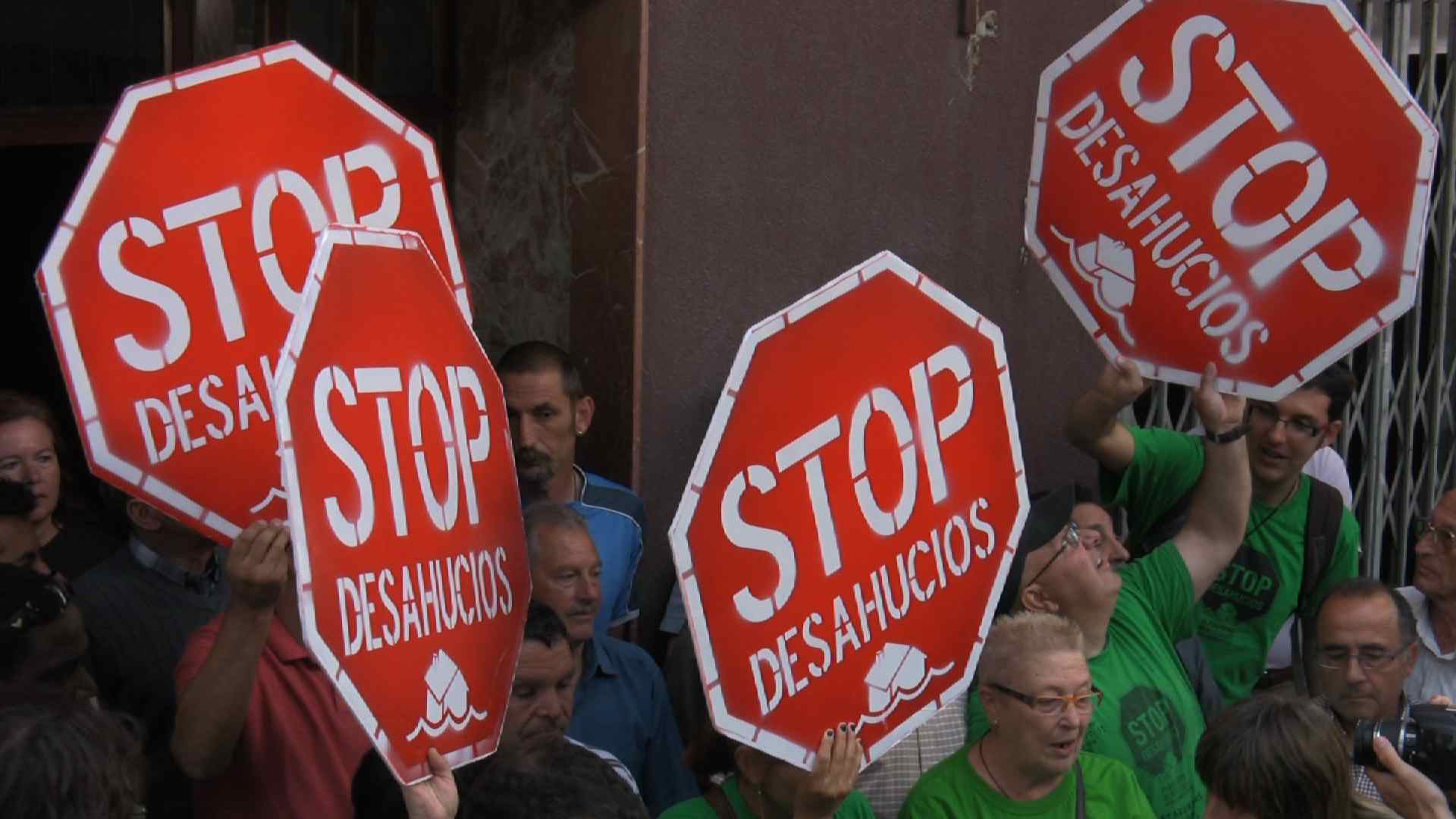